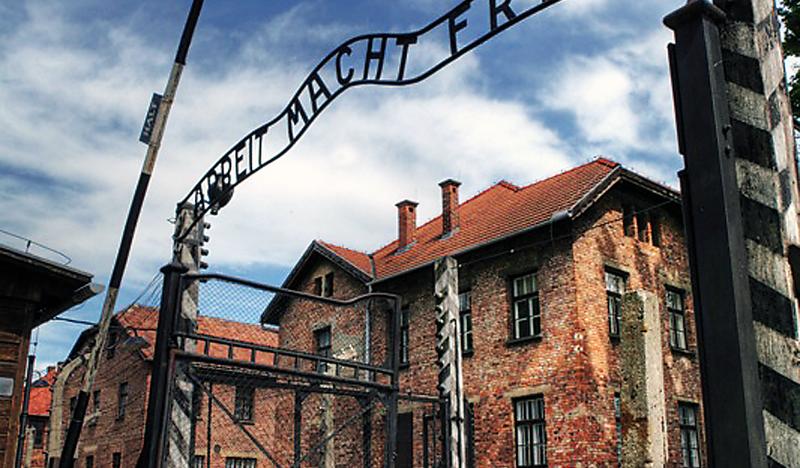 Konzentrationslager Auschwitz is a place of special importance – a symbol of terror, genocide and bestiality of the 20th century. This largest extermination camp in the history of mankind was created by the Germans in the middle of 1940. Initially it was meant as one of many forced-labour camps established by the Nazi from the beginning of the 1930s. In 1942, after a significant enlargement, it became the site of the Endlösung der Judenfrage (‘the final solution of the Jewish question’), i.e. the Nazi plan of eradicating all Jewish population inhabiting the areas occupied by the Third Reich. The precise number of victims cannot be established: the SS destroyed almost the whole documentation and most of what was left was taken away by the Soviets. It is estimated that 1.5 million people of 28 nationalities were murdered, and 90% of them were Jewish. After the war, the area of the camp was transformed into a museum and memorial place, and recognised as the Memorial of the Martyrdom of the Polish People and Other Nations. In 1979 the site was inscribed on the UNESCO list, to warn against fanaticism, extreme nationalism and racism, and to retain the memory of the Nazi Germany criminal acts. Konzentrationslager Auschwitz comprised several camps: the original Auschwitz I in Oświęcim,  Birkenau (Auschwitz II) in Brzezinka, Monowitz (Auschwitz III) in Monowice and nearly 40 smaller subcamps. In spring 1942 the Nazis started using the cyclone B lethal gas in Auschwitz.  Auschwitz I and Birkenau, which are now open to visitors, are situated 3.5 km from each other (there is a free bus, but it is worth taking a walk). Auschwitz I, preserved almost in the same condition as when it was left by the Nazis, constitutes the main part of the site. The barracks feature exhibitions devoted to camp life and the extermination of prisoners. In Brzezinka  there is the ramp by the railway track, where the SS doctors conducted the selection of the newly arrived prisoners, the remains of the gas chambers, crematoria, primitive barracks and kilometres of barbed wired entanglements.

Museum and Memorial Auschwitz-Birkenau, ul. Więźniów Oświęcimia 20, Oświęcim, phone: +48 33 844 8100, 844 8099; opening hours: Jun–Aug, daily 8am–7pm, May and Sept, daily 8am–6pm, Apr and Oct, daily 8am–5pm, Mar and Nov, daily 8am–4pm, Dec–Feb, daily 8am–3pm; no admission fee. Note. May–Oct 10am–3pm the area of the former Auschwitz I camp can be visited only in groups with a guide (admission: PLN 25, concessions: PLN 18). Visitors who are not interested in group visits with a guide can enter the area of the Auschwitz I camp before 10am or after 3pm. The area of the Birkenau camp is always accessible without a guide and visitors can start their visit there. Please allow at least 3 hours to visit both camps.

Local attractions !
Oświęcim, a town, in which it is worth visiting a picturesquely located castle, beautiful churches and the renovated synagogue
Vistula Ethnography Park in Wygiełzów with numerous examples of regional wooden architecture
Lipowiec Castle in  Babice – you can admire a magnificent view of the area from its high tower