A taste of the Bochnia salt

A taste of the Bochnia salt 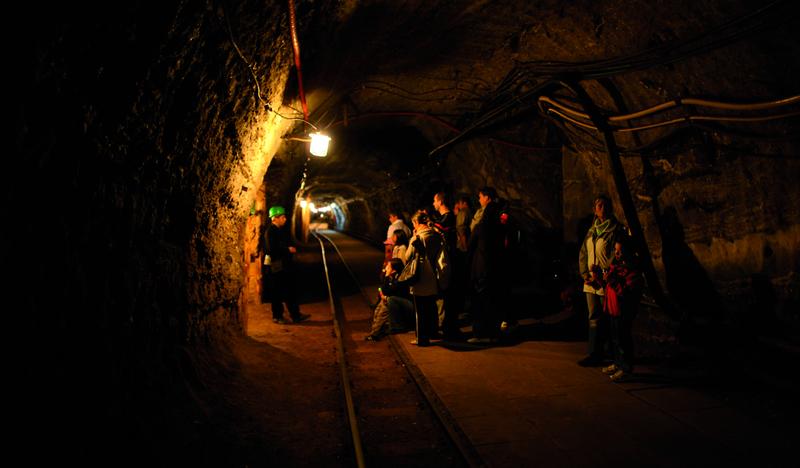 The oldest operating salt mine in Poland is located in Bochnia. Here, like in Wieliczka, salt has been extracted since the 18th century. However, the salt mine in Bochnia was established a few dozen years earlier. A visit to this salt kingdom is a little bit shorter than to Wieliczka and includes, among other things, a visit to the chapel, the underground chambers and a display of old mining machines. The mine also offers an underground slide and a ride on a colliery train. From Bochnia, situated 45 km west of Tarnów, you can go to Nowy Wiśnicz, which is only 5 km to the south. Here, by the market square, you can find a few elegant tenement houses and a beautiful church from the early Baroque. The town is located in the shadow of a hill with a marvellous Renaissance castle of the Kmita family from the 15th and 16th century, which was reconstructed in the following century by the Lubomirski family into a huge bastion fortress. At the foot of the castle there is an interesting and intimate wooden Koryznówka Manor House, which houses the Museum of Jan Matejko. Almost 10 km south of Wiśnicz, in the valley of the Uszwica river, there is a village of Lipnica Murowana. It is famous not only for the Easter Palm contest organised during the Palm Sunday, but also for the UNESCO-listed wooden church of St. Leonard. On the way back to Tarnów, you should definitely visit Dębno and see the beautiful little castle of the Dębiński family, built of brick and stone at the end of the 15th century, which presently houses an interesting museum.