A trip to Ojców and Pieskowa Skała - artykul - VisitMalopolska

A trip to Ojców and Pieskowa Skała

A trip to Ojców and Pieskowa Skała 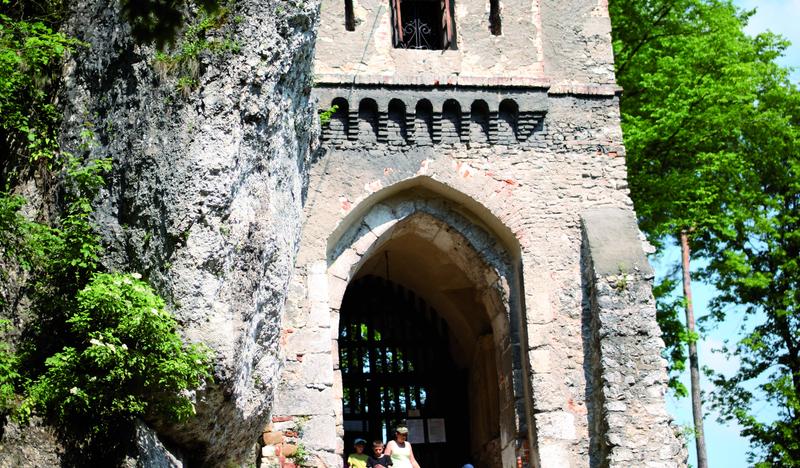 To the north east of Kraków stretches the picturesque land of the Jurassic Highland, a limestone Kraków-Częstochowa Upland. It is an extensive plateau covered with rocky monadnocks that are cut through by rocky gorges and deep valleys. The longest and the most interesting one is Dolina Prądnika (Prądnik Valley). The protected area of Ojców National Park constitutes its most scenic and precious part. Travelling from Kraków it is best to go to Ojców situated 25 km away. Here you can visit the ruins of a royal castle and the wooden chapel on water constructed directly above the waters of the Prądnik river. Numerous tourist routes lead from Ojców, along the Prądnik Valley, to the foot of many rocky walls and crags, e.g. to Brama Krakowska (Kraków Gate) at the end of Ciasne Skałki gorge, and farther to Grota Łokietka (King Łokietek Cave). In the vicinity, you can also follow an interesting educational trail up the Okopa mountain to Jaskinia Ciemna (Dark Cave) or visit the Sąspówka gorge, a favourite place of beavers. In the northern part of the park you will find the famous monadnock called Maczuga Herkulesa (Mace of Hercules), and behind it, on a cliff above Prądnik, there is an impressive castle in Pieskowa Skała housing an interesting museum of changes in art styles from medieval times to the 19th century, as well as a gallery of English paintings. The castle with its arcaded courtyard, elegant loggia from the outside and a reconstructed garden is one of the greatest examples of Renaissance architecture in Małopolska. On your way from Ojców to Pieskowa Skała you can visit the hermitage of blessed Salome and a small Baroque church in Grodzisko village. There was a wooden town here in the early Middle Ages, and the 13th century saw the founding of a convent of poor Clares, whose superior was Salome herself. Coming back from Ojców through Sąspów and Jerzmanowice it is worth visiting the Wierzchowska Górna Cave, which has been adapted for tourists and is the most interesting cave on the Jurassic Highland. You may also go to Bębło to see an impressive Grodzisko rock (512m asl) which is the highest peak in the Polish Jura in the vicinity of Kraków.