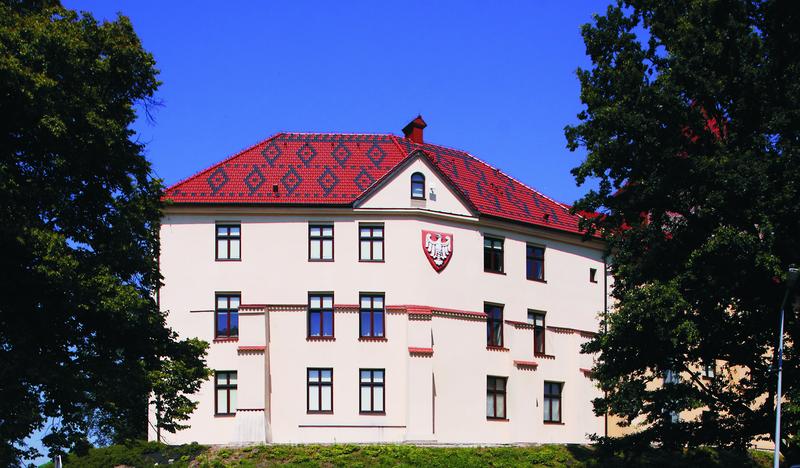 Formerly a walled settlement by the Soła river, today Oświęcim is quite a large town known mainly for the Nazi German concentration camp that existed here during World War II. Today, this camp as a place of historic evidence and a memorial is inscribed on the UNESCO list as “Auschwitz-Birkenau. Nazi German Concentration Camp (1940–1945)”. It consists of two separate concentration camps: the older and smaller concentration camp in Oświęcim (Auschwitz), and a large concentration camp in the neighbouring Brzezinka (Birkenau). Nazi German criminals killed around 1.5 million people here, most of whom were Jews. In the centre of Oświęcim, it is worth visiting a castle and a renovated synagogue. There are also two Gothic churches and the reconstructed market square. The town’s surroundings, especially the Vistula Valley towards the town of Zator, have been known for centuries for carp ponds and they are referred to as Dolina Karpia (Carp Valley). It is a perfect place for fishing or watching water- and marshbirds. On the way from Kraków to Oświęcim it is worth stopping in Wygiełzów. A large heritage park with numerous wooden cottages, a church and a larch manor house is located here. Higher up on a forested hill, you will see the ruins of the Lipowiec Castle.
Only 47 km from Oświęcim, over the hills and the green valleys of the Beskids towers a magnificent church and monastery of the Bernardines. Kalwaria Zebrzydowska is one of the most important centres of pilgrimage in Poland. A number of churches, chapels and shrines were built here at the beginning of the 17th century in order to create the Calvary paths, conceived as a memorial of the Passion. Thanks to its beautiful landscape and highly original buildings, this oldest Polish Calvary complex has been inscribed on the UNESCO list. Kalwaria is also famous for its mystery plays, which are staged every year on Good Friday. Among the nearby places of interest is Lanckorona, which has retained the charm of a small Galician town with its sloping, cobbled market square, and the reconstructed one-storey wooden houses. If you visit Kalwaria Zebrzydowska, which used to be frequented by Karol Wojtyła as a place of prayer (also after he became Pope), it is worth making a trip to Wadowice, the birthplace of the Polish Pope, situated only 15 km to the west. The market square in Wadowice is dominated by the tower of the the Virgin Mary's Offertory Minor Basilica, a late-Gothic church from the end of the 17th century, where Karol Wojtyła was baptised. Next to the small tenement house where the future Pope was born, there is a museum dedicated to his life. After the visit, you can have a rest in the nearby cafe and enjoy a Wadowice cream cake. From Wadowice it is worth going for a hike in the Low Beskids, to the Laskowiec peak and the neighbouring Groń Jana Pawła II (the Mountain of John Paul II).