Małopolska has one of the richest networks of mountain hostels in Poland. Due to their location and atmosphere, they are a favourite place for everyone, not only for mountain tourists.

The old hostels, being the only elements of tourist infrastructure in the mountains, were built and operated by social tourism organisations. Thanks to the sacrifices and persistence of activists, who often had to bear the costs of buying the land for the hostels or materials for their construction on their own, the first Polish tourist hostels were built in Małopolska for the idea of making the Tatra and Beskid Mountains accessible. The laying of the foundation stone and later the opening of a hostel was the event of the year, an occasion for a meeting not only of crowds of tourists, but also of local people. The opening of a mountain hostel often turned into a feast. The opening of the Murowaniec Mountain Hostel in the Gąsienicowa Valley (Dolina Gąsienicowa) in 1925 was attended by President Stanisław Wojciechowski himself.

The hostels of the past had simple decor and basic equipment. Rooms with several beds were the order of the day and no one expected luxury there. However, they were cheap and everyone could afford to stay there. At the beginning of the development of mountain tourism, its influence on the formation of character was appreciated, and the harsh conditions of the hostels were supposed to help toughen the spirit.

At present, there are about 40 PTTK hostels in the Western Carpathians. Most of them are located in the Małopolska region. The tourist infrastructure is complemented by student and private chalets and camping sites, which usually operate seasonally. Many of them still have their unique atmosphere and you can count on guitar playing in the evening or a bonfire, although nowadays they perform various additional functions to keep up with the changing nature of tourism. 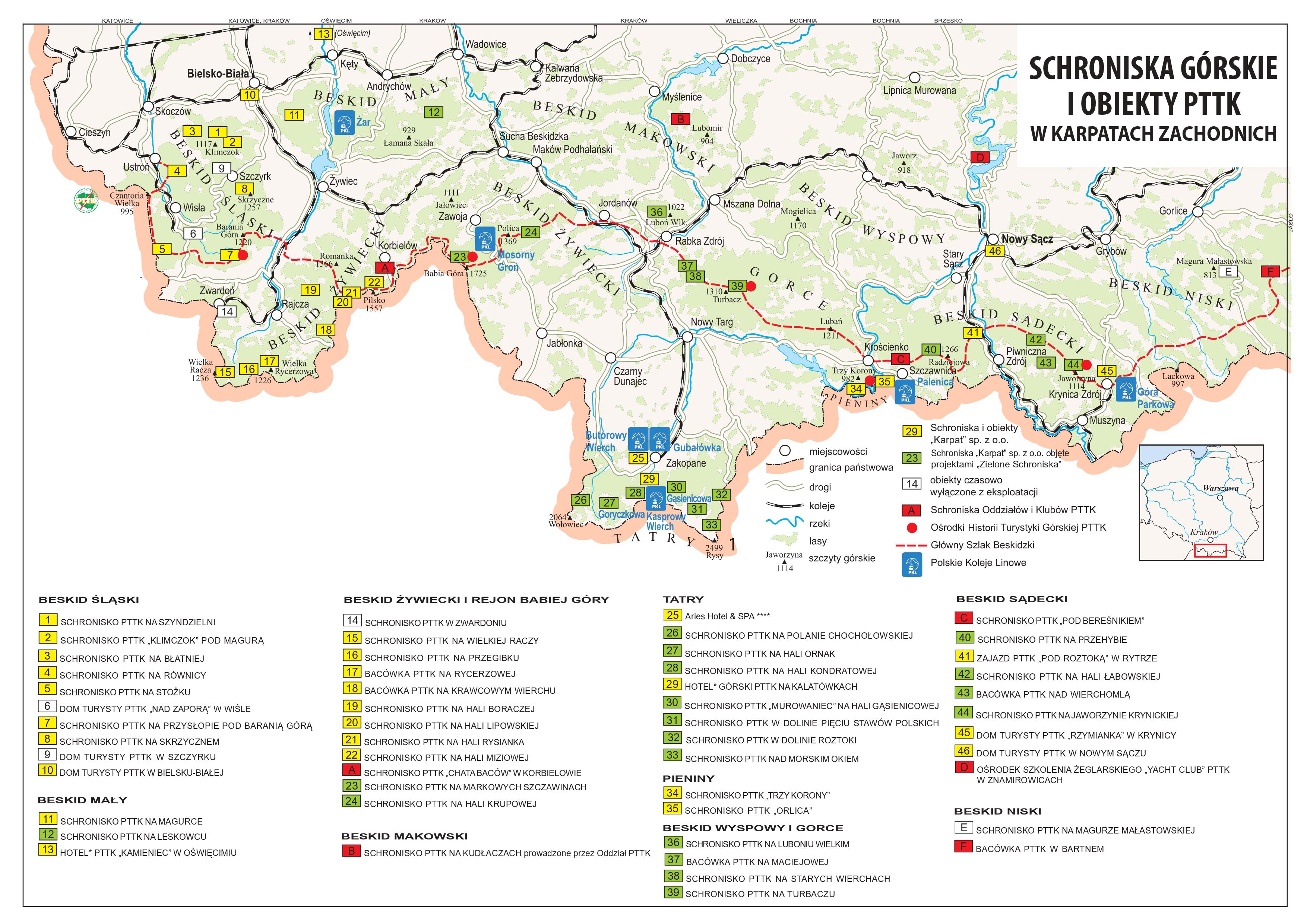 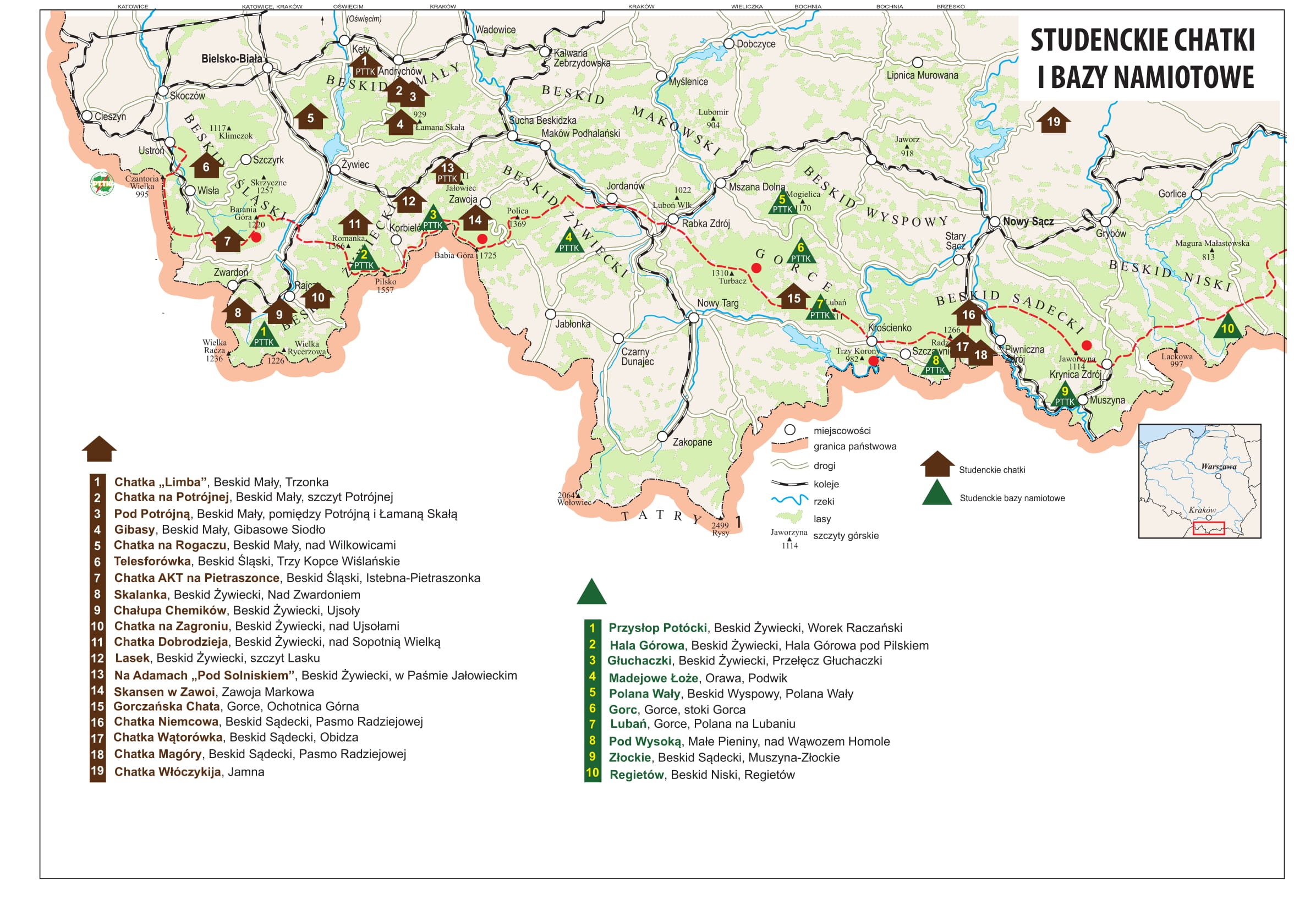