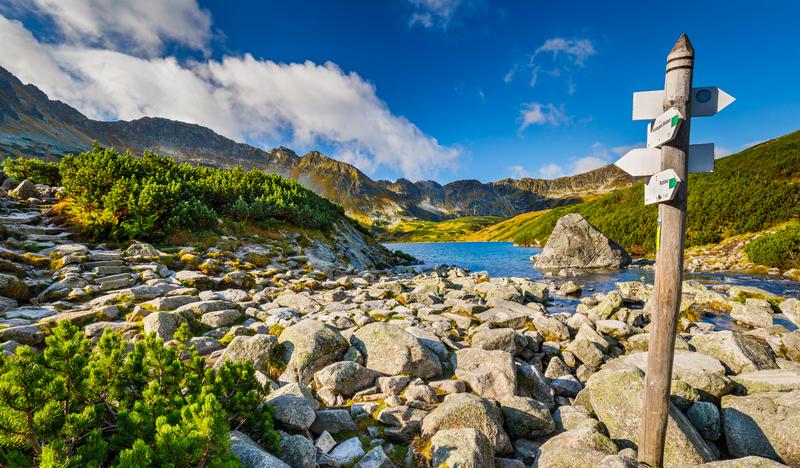 Hiking from the Roztoka Valley to Morskie Oko Lake
Hiking from the Roztoka Valley to the Valley of Five Polish Ponds, through Świstówka to Morskie Oko Lake
Route details
1) By car or bus to the Palenica Białczańska glade; walking along an asphalt road you reach Mickiewicz Waterfalls (45 minutes). Then the route goes up along the Roztoka stream. After passing the Nowa Roztoka glade, you go above the upper forest border. The path leads to the Valley of Five Polish Ponds to the shelter; going further you reach the largest waterfall in the Tatra Mountains, called the Great Waterfall. The Roztoka Stream flows from the Great Polish Pond, and here it falls from the 70-meter-high threshold. The path leads to the shelter (1,672 m above sea level).

2) The shelter in the Valley of Five Polish Ponds (2:10 hours) was built in 1953 in neo-Zakopane style, has about 100 bed places and is run by the highlander Krzeptowski family.
The Valley of Five Polish Ponds is entirely located above the upper forest border, and the highest Back Polish Pond is at an altitude of 1,890 m above sea level.
After leaving the shelter, you go up the mountain with an exposed slope overlooking the Roztoka Valley.

3) Świstówka (1,855 m above sea level) is another marvellous spot on the route, overlooking from the one side of the Valley of Five Polish Ponds and the Valley Roztoka, and from the other - a panorama of the highest peaks of the Tatra Mountains.

4) Then, the route descends along a stone path to a cauldron filled with rock rubble, from where it goes back to Wolarnia with a unique view of Morskie Oko Lake and the Black Pond under Rysy Mountain. From Wolnica, you go down to the Rybi Potok Valley, where the largest lake in the Tatras is located - Morskie Oko, which has an area of 34.93 ha, length 862 m, width 568 m, and in the deepest place it reaches 50.8 m. Then you come to the shelter at Morskie Oko (1:40 hours). The current shelter consists of two buildings, one is called The Old Shelter, which serves as a night shelter and has 43 beds; it is the oldest existing shelter in the Polish Tatra Mountains, it dates back to 1874. The other building is called the new shelter (1,410 m above sea level), where you can eat hot meals, buy souvenirs, tourists who need the overnight stay may be accommodated in 3-, 4-, 5- and 6-bed rooms, a total of 36 bed. The asphalt road returns to the Palenica Białczańska glade (2:30 hours).
Multimedia 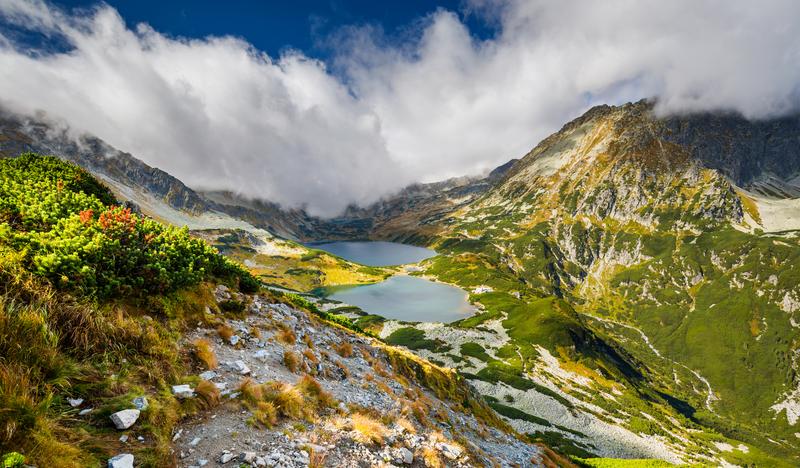 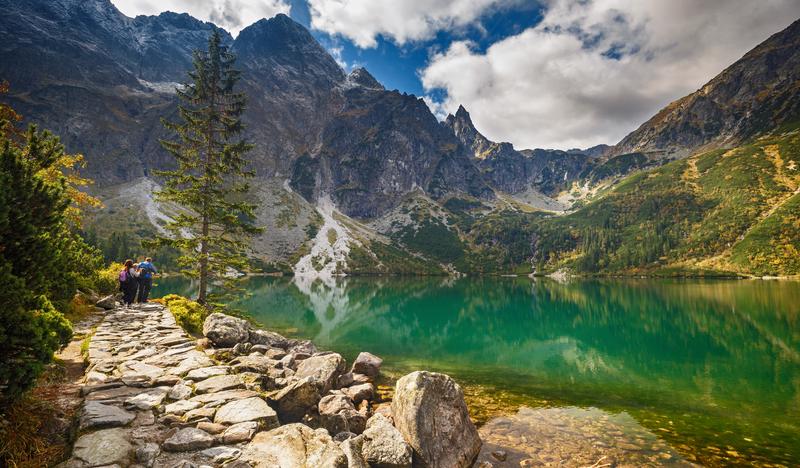 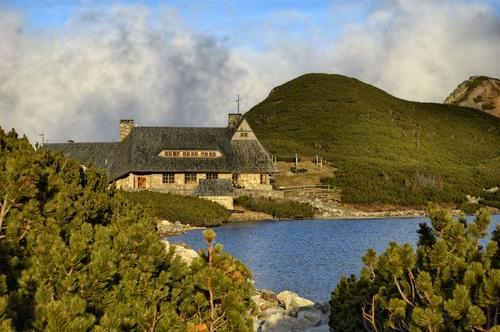 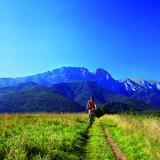